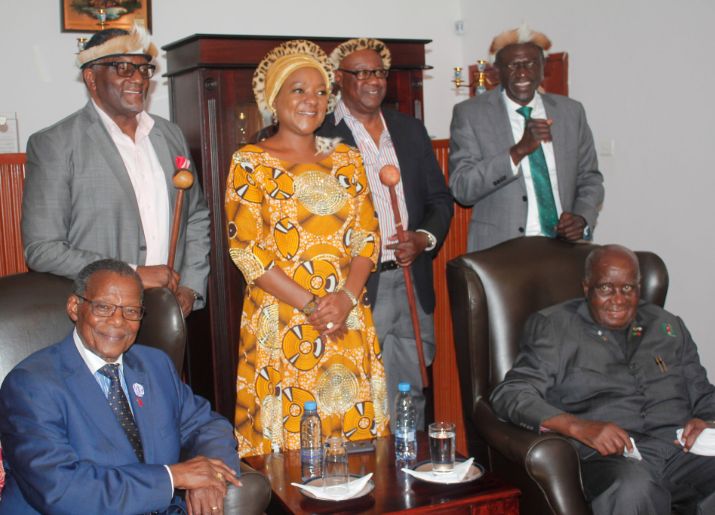 On the Passing of His Excellency Dr Kenneth Kaunda

First President of the Republic of Zambia

It is with profound sadness that have I received news of the passing of His Excellency former President Kenneth Kaunda, the first President of the Republic of Zambia. His Excellency’s son, Lieutenant-Colonel Panji Kaunda, former Deputy Minister of Home Affairs, phoned my son from the hospital to convey to me that my friend had sadly succumbed to his recent illness.

On behalf of the Inkatha Freedom Party, and on behalf of my own family, I extend to the Kaunda family, to the Zambian President and to the people of Zambia our deepest condolences. This is a tragic loss for our entire continent, as Africa has seen few giants like Dr Kenneth Kaunda.

President Kaunda served not only his country, but the cause of freedom and democracy in own country and across the continent. During apartheid, Zambia provided sanctuary to South Africa’s exiles, for which I travelled to Lusaka to thank President Kaunda. During that visit to him, in 1974, he advised me to found a membership-based organisation to reignite political mobilisation on South African soil.

When I returned to South Africa I sought the advise of Mr Oliver Tambo, who readily agreed. Thus I founded Inkatha yeNkululeko yeSizwe in 1975 with the purpose of furthering our liberation struggle. It is important that we honour President Kaunda for this central role in the history and success of our struggle.

I am comforted now to know that he and I were able to see each other again in 2019 when I was invited to address the Nc’wala Traditional Ceremony in Zambia, reaffirming the ties between the Ngoni people and the Zulu nation. After visiting His Excellency President Lungu at State House, I was taken to meet with Dr Kaunda.

It was a deeply moving reunion, during which Dr Kaunda made a public statement reaffirming his role in the founding of Inkatha. As his words speak so clearly of his great leadership and commitment to freedom, I feel it is only right in this painful moment to quote what he said, in remembering our liberation struggle –

“Clearly conditions in Apartheid South Africa made the struggle for liberation waged from outside the country necessary. But at the same time this was not completely ideal because it made the internal mobilisation and organisation of your oppressed masses difficult. We were facing a real difficult situation and ordinary people in (South Africa) were beginning to lose hope in the struggle. This is the challenge the African National Congress in which you were a prominent member was faced with. We therefore decided to come up with other means of mobilising the masses inside South Africa. It was then that we agreed to instruct you to form a mass based organisation from within. Because a dangerous vacuum was developing in that country. I and other leaders of the frontline states, together with comrade Oliver Tambo of the ANC were convinced that you should take up a new role in the organisation. You were the most suited for this job because you came from the Zulu royal family. When you visited in 1974 you were encouraged to go back to Apartheid South Africa and form a membership based organisation…

You shouldered that responsibility and advanced the struggle for liberation… during that critical period of our time. Let me thank you for taking up that historical instruction and task with such dedication and honour.

I know there were difficult days in the struggle especially in the 1980s when brother turned against brother resulting in unfortunate violence and death among black people. It is during that period that you showed your unwavering courage and commitment to the cause of liberation…

Thank you once again for the course you took with such dedication…. Your role in the struggle is never in doubt.”

As we mourn the passing of this African giant, I can only echo President Kaunda’s own words. He showed unwavering courage and commitment to the cause of freedom. We will honour him always.

May His Excellency Dr Kenneth David Kaunda rest in peace.