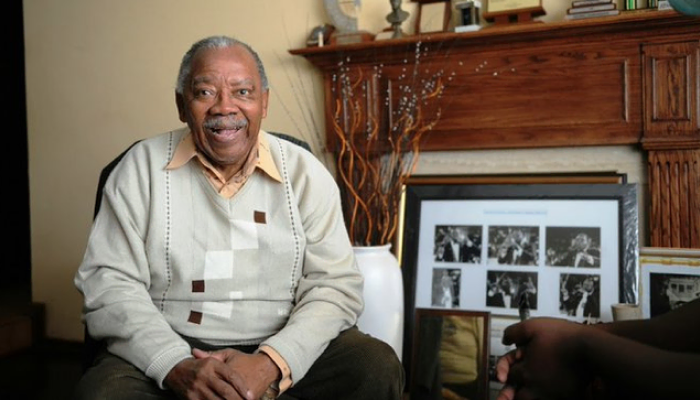 On the passing of Professor Mzilikazi Khumalo

The past year has brought us far too many losses. We have grieved again and again; and now we are led to sorrow once more with the passing of the veteran South African composer, Professor Mzilikazi Khumalo. This is a terrible loss for our nation, for Prof. Khumalo’s talent was in many ways unsurpassed.

On behalf of the IFP and on behalf of my own family, I send our deepest condolences to the Khumalo family. I knew Professor Khumalo well and had the greatest admiration for his patriotism and intellect. As the family mourns, we mourn alongside them.

Prof. Khumalo will be remembered for having been asked by President Mandela to blend the three anthems into what is now South Africa’s National Anthem. That is a great accolade indeed. Moreover, his oratorio on King Shaka kaSenzangakhona was a remarkable composition.

But for me, his greatest achievement was in composing the first African opera which was performed to such acclaim that it was invited to Europe and the United States.

That opera was based on the life of my mother, Princess Magogo kaDinuzulu, who was a singer and composer of international renown. Prof. Khumalo skillfully adapted my mother’s songs to be sung to the accompaniment of an orchestra. The role of Princess Magogo was performed by our late songbird, Dr Sibongile Khumalo, whom we lost just months ago.

When I hear the first strains of that opera, it touches my soul and elevates me beyond the ordinary. It reminds me of the power of music to express all our human emotions, from joy and sorrow, to pain and healing, liberty and loss.

When I hear it now, I will remember not only my mother, but Dr Sibongile Khumalo and Professor Mzilikazi Khumalo too. They are gone, but their spirits live on.