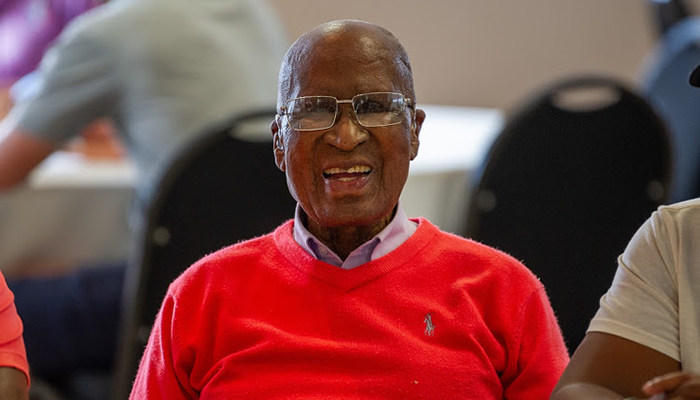 On the passing of the Hon. Dr Andrew Mlangeni

With the sad passing of Isithwalandwe Dr Andrew Mlangeni, we have lost one of South Africa’s strongest voices in the national debate. While we will no longer be able to draw on his wisdom as we face the trials ahead, we are consoled by the knowledge that his legacy will be there to direct us. He has always pointed us towards freedom, equality and hope. That is our shared journey; and it continues.

I am grateful to have had the opportunity to thank Dr Mlangeni for his service to our nation. Just last month we celebrated his 95th birthday and I expressed our appreciation for his leadership, patriotism and integrity. It was good to see him, albeit via Zoom, and to know that his life was being celebrated while he was still with us.

Now, on behalf of the Inkatha Freedom Party, I must speak again about his leadership, patriotism and integrity, for these are the attributes we will remember as we honour his memory.

Dr Mlangeni served with distinction. Even when we were young men, writing our matric exams together, we were already political activists. As a student, Dr Mlangeni was taught by none other than Mr Oliver Tambo. His lessons were imbued with the same political bent as my own were under Professor ZK Matthews. Being exposed to such great leaders, we could not help but embrace the political ideals of freedom and democracy.

Dr Mlangeni spent 26 years imprisoned for those ideals. It is a sacrifice we will never forget. When he emerged from prison, his ideals were intact and his courage remained as strong as ever. He was ready to take our country forward into the era of democracy.

It was a pleasure working with Dr Mlangeni in the National Assembly. One could feel his sense of responsibility. With every word and every decision he was deliberately building a stronger South Africa. Whenever he spoke, we listened attentively, for there was always substance and value in his words.

When his long career in Parliament came to an end, he continued to influence the national debate and we continued to listen. His was a voice of wisdom.

We thank God for lending us a leader of this calibre for so many years. He served South Africa well.

In this time of grieving, I extend our deepest condolences to the Mlangeni family, to the African National Congress, and to the June and Andrew Mlangeni Foundation.

May Isithwalandwe rest in peace.