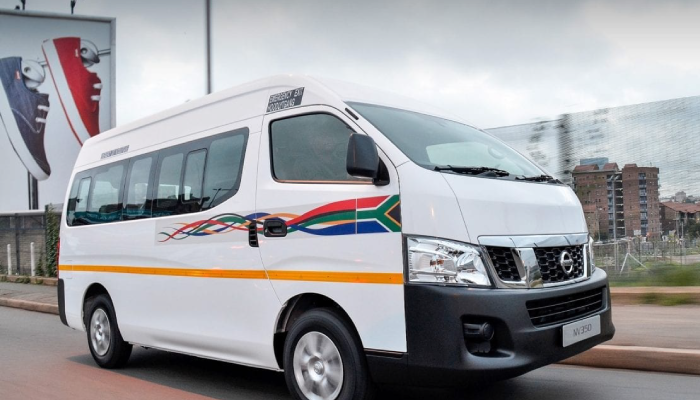 His Excellency, Uhuru Kenyatta the fourth and current President of the Republic of Kenya once said, and I quote: “If you really love your children, get a business, not a job, because when you die your children cannot inherit your job, but they can definitely inherit your business. In fact, if you die on the job, your boss will replace you before your burial. If your family live in the company house, they will kick them out before they can say anything. So, when you close from work, don’t go and watch television. Go home and think of a business idea,” close quote.

It is important for the government to rethink how money is spent in designing public transport infrastructure.

We commend the introduction of Go!Durban in the eThekwini Metro. But we are concerned about this project, as the first phase of the project, known as C3, which runs from Pinetown to KwaMashu’s Bridge City Mall, has, so far, cost taxpayers over R3 billion but is not yet fully operational.

The eThekwini Municipality planned to start the new bus system in September last year, however, a year later it has gone nowhere. Taxi owners have repeatedly maintained that they would not let the project begin until their demands were met.

We call for the speedily resolution of the negotiation process between the concerned taxi owners and the eThekwini Municipality, so that this project can be fully implemented, as public funds have been spent on this project. We cannot allow this project to become a white elephant.

RESTRUCTURING THE TAXI INDUSTRY
The IFP welcomes any intervention by government to restructure the taxi industry to make it an empowered and self-sustaining industry. It is leading in mass transportation, providing affordable, safe and reliable transport to South African citizens. We have heard before about the restructuring of taxi industry.  In 1995, the first Transport Minister in the new democratic government, Mac Maharaj, set up the National Taxi Task Team (NTTT), which conducted public hearings throughout the country.  No fewer than 36 meetings to look into issues affecting the taxi industry were held.

The IFP believes that the Provincial Taxi Lekgotla that will culminate to the National Taxi Lekgotla – which will be hosted by the Minister of Transport at the end of October 2020 – will yield positive results in transforming the taxi industry.

The IFP urges the Department to also ensure that the “target system” – which demands that a certain amount of cash must be made on a daily basis – is eradicated in the taxi industry. Failure to meet these targets often results in the taxi owner firing the taxi driver, citing incompetence. Further, there must be an improvement of working conditions for taxi drivers. This will eliminate “imali yesokisi” – the extra money a taxi driver makes after reaching the day’s target required by the taxi owner. This often results in speeding, breaking road rules and regulations, and also causes unnecessary road accidents and the deaths of innocent passengers.

The IFP believes in women empowerment; that is why it urges the Hon. MEC to ensure that women are also included in opportunities created by government, like bus contracts and other value chains, including widows.

Further, the IFP emphasises the importance of training taxi drivers and taxi owners in conflict management skills that will address taxi violence over routes.

Instead of resorting to taxi violence, taxi associations could then rather discuss issues and find alternative solutions that accommodate all taxi owners.

OPERATING LICENCES AND DRIVER LICENCES
The IFP welcomes the opening of new Provincial Regulatory Entity offices in many parts of the Province. However, the IFP urges Hon. MEC Ntuli to ensure that the delay in the issuing of taxi operating permits is fast-tracked, as this causes frustration for the taxi industry. The 22 000 licences issued are just a drop in an ocean, given the actual number of taxis in our province. The processes of the Department should be more efficient.

This will also assist in ensuring that all taxis are in compliance with the law while operating on our roads.

We applaud the arrest of the five corrupt officials who have been issuing licenses without proper documentation, charging R25 000 per licence.

Corruption must be eradicated in the issuing of these licences, and in the Department as a whole. The IFP calls upon Hon. Ntuli to guard against his departmental officials who are sheep by day and wolves by night; they do good by day when he is watching, and do bad things at night.

Furthermore, the IFP appreciates the intervention aimed at regulating driving schools.  There are currently 930 driving school operators that have been registered and issued with provincial certificates. The IFP calls on the KZN MEC of Transport, Hon. Ntuli, to ensure that fly-by-night driving schools are eradicated and corruption in the issuing of driver’s licences is also eradicated.