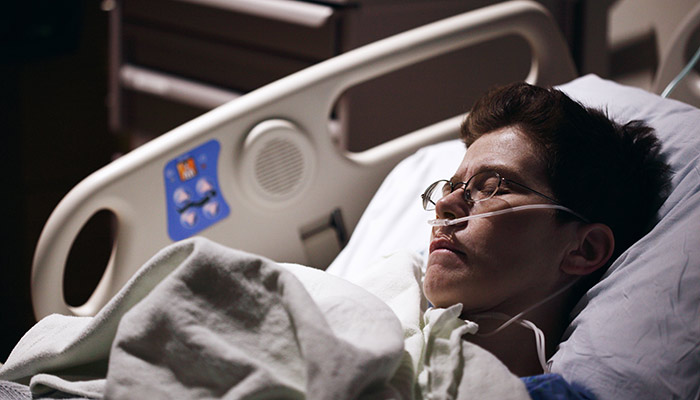 Patients Chased Away at Ngwelezana Hospital

The IFP in the KZN Legislature is perplexed and concerned by the conduct of staff at Ngwelezana Hospital, after an ill patient was chased away.

Mr Njobenhle Gwala, the 37-year-old son of Mr Blessed Gwala, IFP Chief Whip in the KZN Legislature, was chased away at Ngwelezana Hospital while he was critically ill. Njobenhle was referred to the Hospital after a doctor in Richards Bay and a family doctor in uMhlanga conducted check-ups and advised that he must be transferred to the Hospital by ambulance, as his condition was deteriorating.

When he arrived at Ngwelezana Hospital on the afternoon of 13 November 2022, a Hospital doctor conducted tests. At around 23h00, he was informed that he must go home, and that they would not admit him.

Surprisingly, no one bothered to inform his family that he would not be admitted, which resulted in him sleeping on the Hospital benches, and he subsequently caught the flu. It is safe to state that the patient was ill at the time, and continues to be ill even today, while sitting at home without adequate medical treatment.

It is disturbing that a doctor can ‘reject’ a critically ill patient at 23h00, particularly as the patient had no transport or cellphone to communicate with his family?

Please note: as the IFP, we are not raising this issue as we expected special treatment based on the father of the patient. We are concerned about what kind of treatment/ abuse other patients of this Hospital – and any other hospital – have been subjected to.

It is our staunch belief as the IFP that misconduct, lack of empathy, incompetence and negligence have no place in our healthcare system. Any person found guilty of such conduct must face drastic consequences, including dismissal.

We can reasonably assume that the ruling party espouses a similar approach, which is why we call upon the KZN MEC for Health, Nomagugu Simelane-Zulu, to investigate this matter. Heads need to roll. All those responsible for such behaviour must be held accountable. When any member of the public enters the arena of healthcare, he/she is putting his/her life in the hands of medical practitioners. In doing so, he/she is expecting nothing short of high standards and professional care. I say this because the right to access to healthcare is sacrosanct in terms of our Constitution.

Furthermore, one may be inclined to say that if the Department of Health fails to enforce professionalism in all spheres, there is a likelihood that the National Health Insurance is destined to be a disaster.

Turning away patients without providing any treatment, opens the door for medico-legal claims, which take a large chunk of the budget. This unfunded mandate is a cause for serious concern. As is evidenced by the Auditor-General’s (AG) Report (Audit Outcomes for the year ended 31 March 2022), the KZN Department of Health is faced with growing medico-legal claims, which now sit at approximately R26 billion.

We want to see those responsible for medical negligence in hospitals and clinics to be held accountable and be made to pay those claims. These huge sums spent on claims clearly indicate that the Department is not implementing measures to prevent medico-legal claims.
—
Contact
Mrs Ncamisile Nkwanyana MPL
IFP KZN Provincial Spokesperson on Health
078 302 3991