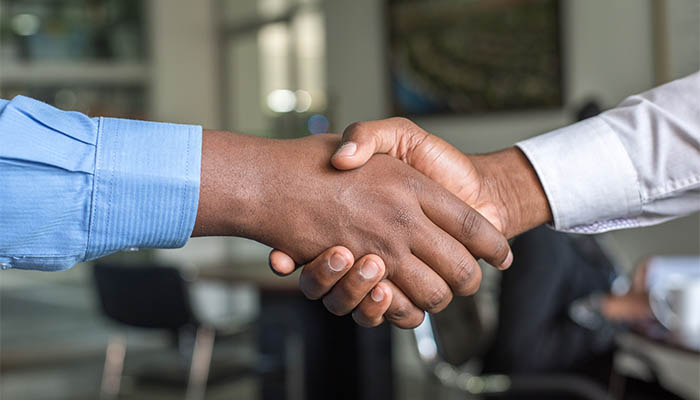 Today the IFP welcomed five new political party leaders into our fold. These leaders have chosen the IFP as their new political home, on the premise that they resonate with the values of the Party – values of integrity, honesty and clean governance.

As we are growing and reaching more minority communities, the IFP is building a stronger Party ahead of the 2021 Local Government Elections.

At such a critical time, when our country’s political choices are limited, populist and becoming more racialised, our values resonate with the electorate. The IFP takes pride in being a strong advocate for social cohesion, and proudly embraces diversity and inclusion. We recognise all South Africans, regardless of their different backgrounds, cultures, races and creeds, and have made it our mission to ensure that this diversity is represented in our municipal, provincial and national government.

The IFP stands tall as a centre-right political home, based on South African family values, Ubuntu and free-market economic principles that seek to unite us as a country, and not sow division among all our people.

It gives us great pleasure to welcome the following leaders, who will join us in taking our communities forward, harnessing the spirit of Ubuntu and ensuring that we deliver on our promises. As a party for the people, we pride ourselves in upholding trust within the community. The IFP’s 45-year legacy remains a relevant and credible force for constructive opposition, and a voice of reason in our current political climate.

Mr Yusuf Mohammed Essack
Mr Essack holds an LLB from the University of Durban-Westville and has been active in the legal fraternity since 1988. He is currently a legal consultant. He joins the IFP as a result of his interactions with members of the Party over the past year. The values of integrity and the IFP’s vision for the future of South Africa resonated with Mr Essack and are his primary reasons for joining.

Mr Yacoob Mansoor
A former card-carrying ANC member in the Isipingo Region, Mr Mansoor, a young man and family member of the late IFP Cllr in Umdoni, Mohamed Ally (Tikka), joins the party based on the IFP’s values, and various interactions with local government councillors of the IFP. He brings a wealth of experience and a record of service at a number of organisations along with him.

Mr Valla Pillay
Mr Valla Pillay resides in Isipingo and is currently a real estate agent and direct marketing executive, with over five decades of experience. Mr Pillay was a staunch Democratic Alliance supporter for over 15 years. He has chosen to join the IFP as he believes they are the only Party worthy of his trust, due to his interactions and engagements with party leaders and the community. He chose to join after witnessing our brand of clean governance and our continued efforts to promote social cohesion. Mr Pillay is a pioneer in Isipingo and has a large following of supporters made up of family members, friends and business acquaintances who value his choices and have vowed to support the IFP as their new political home.

Mr Toney Pillay
Mr Toney Pillay is the former Chairman of the Croftdene Civic Association, a Member of the Friends of RK Hospital and a community activist. He was formerly a member of the DA but then got to know the values and principles of the IFP. He then started working closely with IFP structures and decided to become an IFP member and mobilise support for the IFP in Chatsworth and surrounding areas.

Mr Jonathan Annipen
Mr Jonathan Annipen is a homegrown community activist, as well as a former educator, motivational speaker, author and local preacher, who has been working in the greater Phoenix and Chatsworth areas for the past 10 years. He formerly an Ethekwini Councillor with the Minority Front and served as the Chairperson of the Phoenix Youth Empowerment Forum (2004-2006), Secretary-General of the Swords of Fire Youth Organization (2010-2012) and Chairperson Ikhaya Thando Foundation (2015-2017).

We are overjoyed to welcome these new leaders into our family. We hope that this move will herald a new kind of leadership within the Party, one that will take the Party forward. Furthermore, we hope this will serve as a catalyst for fulfilling our vision of an equal, prosperous, just and moral society.