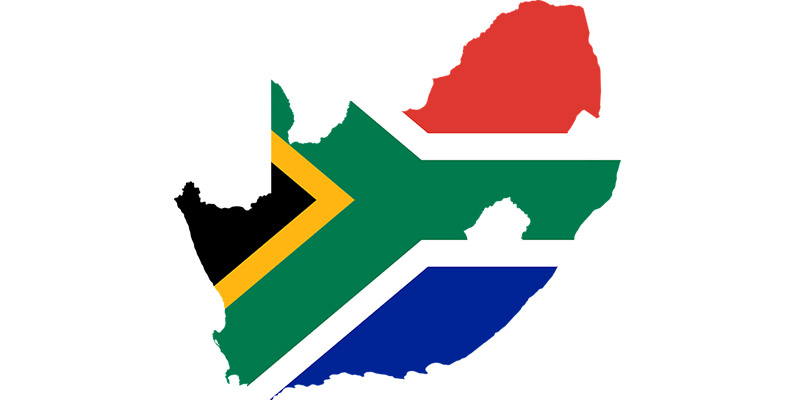 Hon. Speaker and Hon. Members; I quote:
“We hold these truths to be self-evident, that all men (and women) are created equal, that they are endowed by their Creator with certain unalienable Rights, that among these are Life, Liberty and the pursuit of Happiness. That to secure these rights, Governments are instituted among Men (and women), deriving their just powers from the consent of the governed, That whenever any Form of Government becomes destructive of these ends, it is the Right of the People to alter or to abolish it, and to institute new Government …”
(Declaration of Independence; 4 July 1776)

These fundamental words, uttered by the founding leaders of the United States of America at its inception in 1776, have remained indelibly etched in the walls of time as relevant for all generations which purse and long for a future filled with peaceful co-existence, cooperation, prosperity, and democracy.

Human Rights Day falls among those days that are sacred to patriotic South Africans. It is a day when all South Africans must put differences aside, hold one another’s hand and sing from one hymn-book in salutation of those men and women of the 21st March 1960; those gallant fighters who fell prey to the apartheid regime that descended ruthlessly on them with gunfire. Their sin was coming together peacefully to exercise their human right to proclaim their abhorrence of apartheid and all its vestiges.

Secondly, on Human Rights Day and Month, we must pause to re-affirm our unwavering commitment to the noble values for which the 1960 patriots – and thousands more before and after them – sacrificed their lives to ensure that we finally realize the noble dream of a South Africa free from colonialism, apartheid oppression, exploitation, fraud, corruption, crime, unemployment, ignorance and poverty.

In 1994 South Africa shook off the yoke of apartheid oppression and ushered in the era of democracy. In a sense we began a journey towards the future where all citizens would be equal and would enjoy inalienable rights such as Life, Liberty and the pursuit of Happiness; the South Africa where all forms of discrimination would be banished; where no one would go to bed on an empty stomach; where no one would be forced to sleep in the open or in a shack because they had no access to a decent shelter; where no woman or child would walk the streets in fear that someone was lurking in the dark ready to rape and to murder; South Africa where no family would be forced to spend thousands of rands strengthening the security of their property because of the fear of criminals; where no black or white South African, no disabled or illiterate person, no foreign national would live in fear that their humanity and dignity could be violated through derogatory, racist or xenophobic remarks.

NOT IN PROMISED LAND YET

Hon. Speaker, have we succeeded to achieve this type of South Africa? Yes, significant steps have been taken; but unfortunately we are yet to reach this destiny. The report of Human Rights Watch gives a synopsis of the way ahead when states that:
“Despite South Africa’s strong constitutional protections for human rights, public confidence in the government’s willingness to tackle human rights violations, corruption and respect for the rule of law has eroded. The government has failed to ensure (that) an estimated half-a-million children with disabilities have access to a quality education. Concerns remain about police brutality, the treatment of migrants, refugees, and asylum seekers, and recurring outbreaks of xenophobia violence. South Africa continues to play an important but inconsistent role in advancing the rights of lesbian, gay, bisexual, and transgender people. Its commitment to human rights and international justice in its foreign policy practice remains in question.”
(2017 Human Rights Watch)

Are we highlighting this with the intention to bash the government? No; this is not the day to do so. Rather we cite these realities because as patriots, we must on such a day be honest enough to examine how far we have moved from the Egypt of colonialism and apartheid towards the Promised Land of peaceful co-existence, employment opportunities, non-racism, non-sexism, safety and security and free quality education. Yes we have definitely left Egypt. But we are still walking in the wilderness; far from the Promised Land.

Hon. Speaker; the fundamental key to ensuring that our country moves forward and crosses the political Jordan to enter the Promised Land lies in public representatives, political organizations and all citizens realizing that we are all in one boat as South Africans. It is time we accept that the challenges facing our country call for men and women who place the good of the country above their own. These are times which demand that we move beyond the confines of party-political boundaries to embrace one another and cooperate in nation-building. To achieve this, we must be willing to listen to one another and be ready to learn from one another.

Those in opposition must realize that they also carry the burden of leadership, hence they must play their role in building this future. We must oppose not in a spirit of one-upmanship. Likewise those in power must realize that while they carry a bigger burden, they cannot have all the answers; and that those in opposition are patriots as well who wish to see a prosperous country; so they must be listened to.

Hon. Speaker, it was the late Dr Martin Luther King, JR who stated:
“In a real sense all life is inter-related. All men are caught in an inescapable network of mutuality, tied in a single garment of destiny. Whatever affects one directly, affects all indirectly. I can never be what I ought to be until you are what you ought to be, and you can never be what you ought to be until I am what I ought to be…This is the inter-related structure of reality.”
(King Jr., Martin Luther; Letter from Birmingham Jail)

Therefore, it is either we heed this advice or we face the danger of being condemned by future generations.