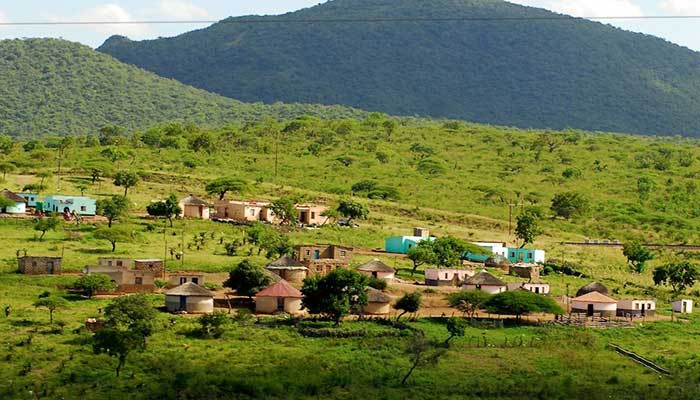 In view of the recent developments in the province pertaining to the matters of the Zulu Royal family and their importance to the nation, let me start this briefing by welcoming the ruling by KwaZulu-Natal (KZN) Deputy Judge President, Isaac Mjabuliseni Madondo, in the Pietermaritzburg High Court on Wednesday, 2 March 2022. Indeed, the ruling paves the way for the smooth official coronation of the King of the Zulu Nation, His Majesty, King MisuZulu kaZwelithini. The IFP Caucus in KZN is hoping and praying that this judgment opens a new chapter for the members of the Zulu Royal Family to unite behind His Majesty and leave their past differences behind.

As the IFP in the KZN Legislature, we reiterate our support to His Majesty and to the Royal Family. We look forward to the new era of the Zulu nation and the province under the leadership of our new King. We congratulate His Royal Highness, Prince Mangosuthu Buthelezi, Prime Minister to the Zulu Monarch and Nation, for his astounding leadership on this matter, together with the members of the Zulu Royal Family. The ball is now in the court of the President to process the coronation of the King, His Majesty, King MisuZulu KaZwelithini.

In February 2020, the KZN Department of Public Works made a presentation to the Public Works Portfolio Committee for a development of a KZN government precinct in Pietermaritzburg. Whilst noting that this precinct development is doomed, because of its continued recurring mention in the KZN SOPAs, the IFP felt that it was time to put matters into proper perspective for the people of KwaZulu-Natal.

The presentation proposed that the development was going to take place in three phases or parts.

The presentation stipulated that the total development costs for the project would be R6.817 billion, and that the market value of the precinct after construction would be R11 billion. Government claims that accommodation rental for offices over 20 years in Pietermaritzburg (from 2004) would have arrived at R5.865 billion for all departments and the Legislature. Currently, rental for accommodation and office space in Pietermaritzburg is at R150 418 000 per annum, excluding other costs.

South Africa does not have money. Likewise KZN does not have money, especially after the devastating socio-economic effects of both Covid-19 and the July 2021 unrest in the province. As we speak, the Department of Education in the province is failing to fill more that 800 educator posts because of the shortage of funds. The infrastructure of schools, hospitals, clinics, police stations and other government buildings is dilapidated because of the shortage of funds. Education has failed to honour the promise to eradicate pit toilets in schools. The roads are crumbling in the province and some rivers are without the much-needed bridges. Water shortages remain a huge challenge to most communities in the province and funds are needed to address this challenge. Amakhosi’s courthouses and offices are neglected, with their secretaries earning peanuts. Izinduna are owed huge sums in back-pay by province. The Dr Prixley kaIsaka Seme Hospital remains partially closed because of the shortage of funds to open it in full. The list of where funds are much needed in the province is endless.

The IFP in the KZN Legislature will not support any items in the budget that are meant to massage the egos of certain individuals. Budget must be allocated towards the many desperate and crucial needs of the people of our province.

The IFP acknowledges that both Ulundi and Pietermaritzburg are of historical significance to various sections of our community in the province. Thus, none should be treated as superior to the other, as per the 1994 agreement. Government already owns a state-of-the-art facility in Ulundi, which was inherited from the erstwhile KwaZulu government. This facility has enough space for the Legislature Sittings and offices. In the case of Ulundi and its significance to the millions of the people of KZN: the homestead of King Cetshwayo was Ondini and it was burnt to ashes by the British Army in 1879 after the battle of Isandlwana where the British were defeated for the first time by an African army on the African soil. Ulundi is adjacent to Nodwengu, the homestead of King Mpande. Ulundi is a few kms away from Umgungundlovu, the real Umgungundlovu, which was the homestead of King Dingane.

The question the IFP Caucus is asking is why is the ANC government in KZN seemingly so anti-Zulu history and heritage? Why is anything that has to do with the name Mangosuthu Buthelezi viewed with so much of venom by the KZN ANC?

When the erstwhile KwaZulu government built Ulundi, a study of the location was first conducted by experts under the supervision of Dr Lawrence McCrystal, and it is their findings that identified Ulundi, to which the government Executive and Legislature of the time agreed. A KwaZulu Government seat in Ulundi would give ‘rise to the Zulu Nation from the ashes’.  It should also be remembered that long before 1994, after the recommendations of the Buthelezi Commission, which resulted into the KwaZulu-Natal Indaba in the 80s, a KwaZulu-Natal Joint Executive Authority already existed, amalgamating the administration of the KwaZulu government and the Natal administration for the provision of services in certain parts of the province. The Joint Services Boards (JSBs) that existed over time were a result of this amalgamation. Therefore, the idea of a meaningful coexistence between Pietermaritzburg and Ulundi in 1994 was not a new phenomenon.

The IFP does not want to pit Pietermaritzburg against Ulundi and vice-versa.

We cannot duplicate in Pietermaritzburg what already exists at Ulundi. There is no money to waste. As we stated in the Debate on the State of the Province 2022, the IFP will vigorously campaign for the province to retain and protect the significance of our heritage. It cannot be that the hard-earned gains of our democracy in the province get reversed by a democratic dispensation.
—
Contact
Hon. Velenkosini F. Hlabisa
Leader of the Official Opposition in KZN and President of the IFP
082 873 3685