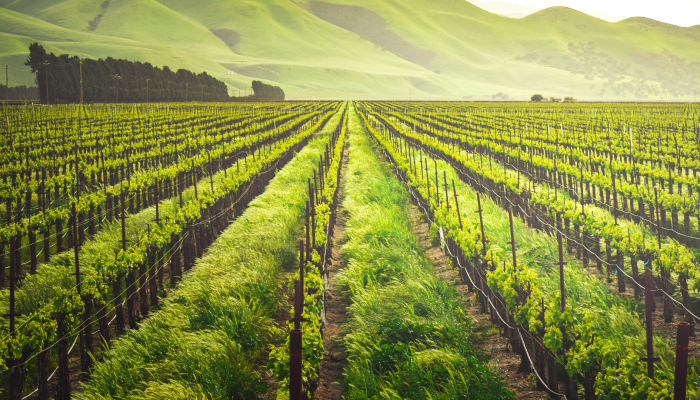 REPORT BY THE HONOURABLE NP NKONYENI MPL, MEC FOR HUMAN SETTLEMENTS AND PUBLIC WORKS IN KWAZULU-NATAL ON THE PLANS AND PROGRESS TO RELEASE LAND AT THE DISPOSAL OF THE STATE FOR SITE AND SERVICE TO AFFORD HOUSEHOLDS THE OPPORTUNITY TO BUILD AND OWN HOMES, LEGISLATURE BUDGET SITTING, 18 SEPTEMBER 2020

Hon. Speaker and Hon. Members of this august House; all compatriots who are following this debate.

At the outset, I must record the IFP’s unequivocal support for the very significant announcement made by Hon. MEC, Neliswa Peggy Nkonyeni, which was the Report on the (government’s) plans and progress regarding the release of land at the disposal of the state, in order to enable our people to have access to their own properties and houses.

As a party that is rooted in the formerly oppressed, the poor and the destitute, we fully understand what it means not to have a shelter above one’s head.

This Report, in a broader sense, relates to the land question, a matter that is fundamental to our very essence as a people.

Hon. Speaker I take part in this debate within the context of my party’s resolution to dedicate this year to our founding President and current President Emeritus, Prince Mangosuthu Buthelezi. Hence, I dedicate today’s contributions to this son of the African soil. This is relevant because when he founded the National Cultural Liberation Movement/Inkatha yeNkululeko yeSizwe in 1975, he anchored it on the hallowed values of our struggle that had been propounded by the founding leaders of the African National Congress in Bloemfontein in 1912. One such value was about the centrality of land. It was natural therefore, that when our President Emeritus founded Inkatha, he placed the land question at the centre of Inkatha’s struggles for liberation.

Hon. Speaker; the Report focusses primarily on those who fall within the Gap Market – the first being families (and individuals) earning between R3 501 and R22 000 per month. The second category are families earning between R22 001 and R40 000.

Hon. Speaker, these are categories of our people who have generally found themselves isolated. On the one hand, the government has been paying particular attention to the poor, the destitute and the unemployed. On the other hand, financial institutions have not found these categories very attractive as a reliable and stable market in which to invest their resources. Hence, in some circumstances, some within these categories end up resorting to other means to ensure that they have shelter above their heads. In other cases, these means have put them at loggerheads with the government. We have, unfortunately, seen some very beautiful structures being demolished by the powers-that-be. We hope the approach articulated by the Report will go a long way towards resolving these contradictions.

SALUTE TO KING AND UBUKHOSI

While on this point, the IFP wishes to salute His Majesty our King, and the entire indigenous leadership governance structures, for having accommodated some of our people and thus sheltering them from the harsh winds of unfettered capitalist tendencies. Hence, as one drives through Amakhosi lands, one is attracted to quality houses beautifying the land.

The Report indicates that benefits to the R22 000 – R40 000-earning category will be limited to 30% of the project. The IFP is interested to know why this is the case, instead of offering 100% opportunities to them as well. What prompts this question is that the overall objective here is to eliminate homelessness among our people, regardless of who they are. We are however ready to support this approach if we are convinced of its reasoning.

Hon. Speaker, one of the advantages of concentrating on serviced sites is that once a person has acquired a fully-serviced site, they have the latitude to build at their own pace, depending on their circumstances. This revives and entrenches the IFP’s long-held philosophy of self-help and self-reliance, which our founder and President Emeritus instilled in us. We urge the government, in partnership with the private sector and all able South Africans, to cooperate in programmes to empower particularly the formerly oppressed towards being self-reliant. This is the future of our country!

Hon. Speaker; the IFP supports the Report primarily because it avails various creative solutions towards stamping out homelessness, ensuring that all our people reside in decent and healthy territories; the real human settlements.

We support it too because it validates the effectiveness of the IFP’s role in this country and the vast experience that our participation in the democratic government has benefitted our people. As history knows, long ago we perfected the strategy of “working within the system” when we got inside the belly of the apartheid beast to attack it from within. We have used that experience to help achieve total liberation for our people, through being the voice of the poor and destitute to the governing party. For those who may not be well-versed in the history of Inkatha as it led the erstwhile KwaZulu Government, this Report unveils the approach that characterised the programs that the then Inkatha-led KwaZulu Government engaged in, to empower our people in the midst of apartheid atrocities. Thus, even today, when one drives through areas like Umlazi, KwaMashu, KwaMakhutha, Mpumalanga, Gamalakhe, Madadeni, Ulundi, Esikhawini and other townships, one is attracted to indelible IFP-spearheaded-headed landmarks in what some refer to as Omazakhele or amasabhabhu (suburbs). These developments took place because Inkatha managed to empower the then oppressed to turn apartheid-driven dumping areas into habitable areas, with tarred roads, schools, malls, shops and so on.

Hon. Speaker and Hon. Members; we also applaud the Report because it is in harmony with the outlook of the IFP. The IFP’s Manifesto for the 2019 National Elections declared as follows on this matter:

“The IFP understands that the resolution of the land issue carries with it the promise of healing the wounds of the past. Land has social, spiritual and economic value. It has the potential to be the foundation of the renewed economy our country so critically needs.”

The Manifesto went on to state that, inter alia:

“The IFP Will champion:
The allocation of all unused land that is in the hands of the State, to assist the poor.”

Again Hon. Speaker, the Department’s programme to hand over pieces of land to Municipalities has the IFP’s signature written all over it. We have been known as the Party that has advocated federalism or decentralisation or devolution of power to the lowest levels of government because we believe it is these governance structures that are at the coalface of day-to-day struggles to make the people’s lives better. The ruling party now talks about the District Model thanks to the IFP’s presence in the political landscape.

Having registered our support for the programme, let me register the IFP’s disquiet as well. According to the MEC’s Report, in the years 2020/2021 and 2021/2022, the Department will allocate sites to different Municipalities. However, not one among these Municipalities is governed by the IFP. This raises questions within the IFP. However, knowing the MEC for not playing politics with service delivery issues, we are certain that she will make us understand why, so that when our constituents raise these concerns with us, we will be able to answer them.

Hon. Speaker, Hon. Members and fellow citizens of KwaZulu-Natal. When the MEC began her address, she referred this House to the commitments of:

“Houses, Security and Comfort!; and all people’s rights to live where they choose, be decently housed, and to bring up their families in comfort and security.”

These are articulated in the Freedom Charter.

She went on to acknowledge that as the African National Congress-led government, they have worked hard over the past twenty-six years of freedom and democracy to “honour this covenant with our people.” But she also acknowledged that “much more still needs to be done.”

Our President Emeritus said as much on 18 February 2020, in the National Assembly:
“It is not that Government has done nothing to fulfil them (commitments made in 1994), but that the good work started has not been completed.”

He continued:
“The great tragedy is that our work has not followed a linear course. Our work, our commitments, our intentions and our plans have been thoroughly waylaid by what Charlotte Mannya-Maxeke called ‘the spirit of self’. Leaders living above the people, enriching themselves.

We find ourselves now in desperate times, with an economy all but collapsing. Corruption has brought us here. It is not that South Africa is without hope, potential or assets. As the President said, there is ‘unbounded potential’. The root of our problem is described in Proverbs chapter 13, verse 23: “Abundant food is in the fallow ground of the poor, but it is swept away by injustice.”

Therefore, as the IFP, we do not think that, ordinarily, the citizens of South Africa, including those of KwaZulu-Natal, have any problems whatsoever with the ANC-government that has been trying hard for the past twenty-six years to fulfil the commitments of the Freedom Charter.

The fundamental problem that has eroded public trust in the ANC is the apparent lackadaisical attitude that displays defiance of and rebellion against those very commitments. This is demonstrated in government’s forward-looking programmes and policies, which gather dust on office shelves because the ruling party and government lack the tenacity to the job until it is finished, regardless of the consequences.

Writing in the Daily Maverick on 29 May 2019, Prof. Johann Kirsten and Nick Vink stated:

“Over the past 25 years, there have been many plans, programmes and proposals on how to tackle this complex problem, but as we know, progress has been slow, largely as a result of the bureaucratisation of the process. As a consequence, South Africa has failed to restore land rights to the majority of the South African people, as is mandated in the Constitution.”

Worse still Hon. Speaker; the government is hamstrung by unscrupulous and inhuman commitments to the self-enrichment, fraud and corruption by some in power and their cronies, with total disdain for the citizens who pay from their pockets for this government to function.

We hope and pray that this farsighted program will not fall prey to such villains. In fact, the success of this programme lies in the MEC and Department’s unequivocal commitment to throwing all such villains to the bottomless pit depicted by Revelation 20:1-3.

IFP COMMITMENTS TO MEC AND DEPARTMENT

As the IFP, we end by declaring our patriotic responsibility. We will offer our unequivocal support and encouragement to the MEC and her Department as they take steps towards the realisation of this noble objective, to rescue our people from landlessness and homelessness. We will warn, chastise or advise whenever we sense that there is a deviation from this noble cause.