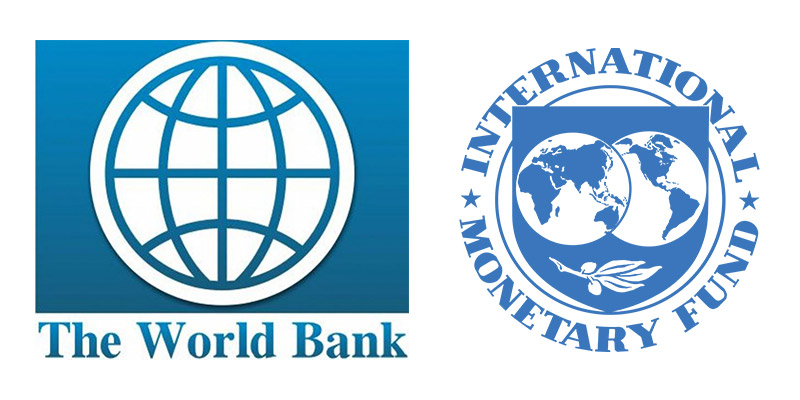 The International Monetary fund and World Bank form two important legs of the tri-partite, Bretton Woods agreement, the other leg being the General Agreement on Tariffs and Trade (GATT) which commenced in 1948 just after the conclusion of the 2nd World War, ostensibly in order to manage the global post-world war economy.

The World Bank and IMF are stated as being the ‘twin intergovernmental pillars supporting the world’s economic and financial order’ and were established to foster international economic co-operation with the aim of preventing a repeat of depression of the 1930’s and ensuring continued global economic stability through programmes associated with poverty reduction and by acting as a lender of last resort to nation states.

The problem being though that they appear not to be always impartial but effectively partisan towards the interests of their biggest nation-state funders. Where does this leave developing countries like us herein South Africa? Up and until the advent of BRICS we, like every other least developed and developing country were a captive audience suffering silently whilst buckling under the pressures of IMF World Bank imposed austerity measures.

But now we have an alternative through our membership of BRICS and its development Bank in respect of development finance and member assistance to rise in the international economic order.

The IMF and World Bank to remain relevant, would have to regain the trust of developing nations through creating a level playing field in terms of their lending and poverty reduction agreements.

The IMF should further be looking at introducing “short term liquidity lines” which are able to disburse entire amounts of approved access upfront to already qualified countries, with no ex post policy conditions attached.

The World Bank should similarly be looking to move with the times, stay relevant and establish the long mooted for Development Fund.

South Africa has a national debt of around 2 trillion rand with annual interest payments at approximately 47 billion. In 2015 South Africa’s external debt accounted for 18.3% of its GDP and external debt, normally denominated in dollars, presents huge exchange rate risk especially in a country like South Africa where we have a National Director of Public Prosecutions spuriously instituting legal charges against the Minister of Finance.

We must find finance where we get the best deal as the world now has options, it is no longer a captive market to the Bretton Woods institutions. The days of being IMF and World Bank being lender of last resort are over.