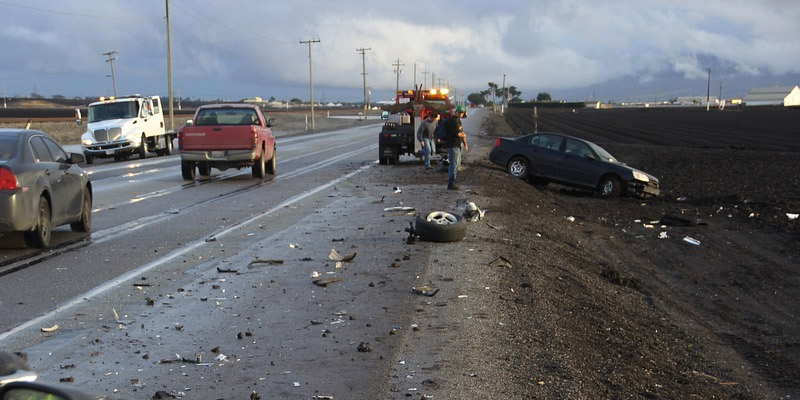 The Inkatha Freedom Party has raised serious questions after 1714 people died on South African roads between 1 December 2016 and 9 January 2017.

“This recent spate of road accidents is very worrisome and requires concerted efforts from all quarters. One should ask who is to blame. Is it the police? Is the government responsible? What role do transport operators contribute to the carnage? What about drivers, their passengers and pedestrians? Questions are even raised on the ever increasing number of spot fines, but are they deterrent enough?. Clearly, there is need for drastic measures to stem the tide of road accidents and make South African roads safer,” said IFP National Spokesperson on Transport, Mr Petros Sithole MP.

“We believe that a change of attitude resulting in more caring, responsible behaviour and increased tolerance is a better cure for unending accidents and bloodshed on our roads. Road user attitude is most important in addressing and promoting road safety. The onus to improve this scenario lies equally on citizens as well as government. In order to realise the dream of safety on our roads both sides have to play their part and initiatives only from one side will not yield positive results. Also both sides have to ensure that their efforts should complement and not contradict each other,” continued Mr Sithole MP.

“We have a transport ministry and road traffic management department that has no meaningful concept of accountability and ownership of the problem. What we urgently need is strong leadership with a proactive approach to address these problems. To address these problems requires well-trained, incorruptible and professional policing and resources. Not more police, but more effective policing with strong leadership to drive a hard work attitude and the courage to tackle the problems head on,” added Mr Sithole MP.

“What the authorities need to understand is that you can have all the rules and laws you want, but these are of no consequence if they are not effectively rolled out and enforced. Then there is the issue of the horrific deterioration of our road infrastructure, road signage, road markings and erratic traffic light problems. I would like to know whether 2017 will see a concerted effort by our transport authorities to reduce death on our roads. Looking around us, sadly I don’t see the strong public service leadership in this space. So, once again, I bow my head in sorrow, shame and disgrace that we will not witness the necessary action to reduce the needless volume of road deaths that will haunt our country for another year,” concluded Mr Sithole MP.