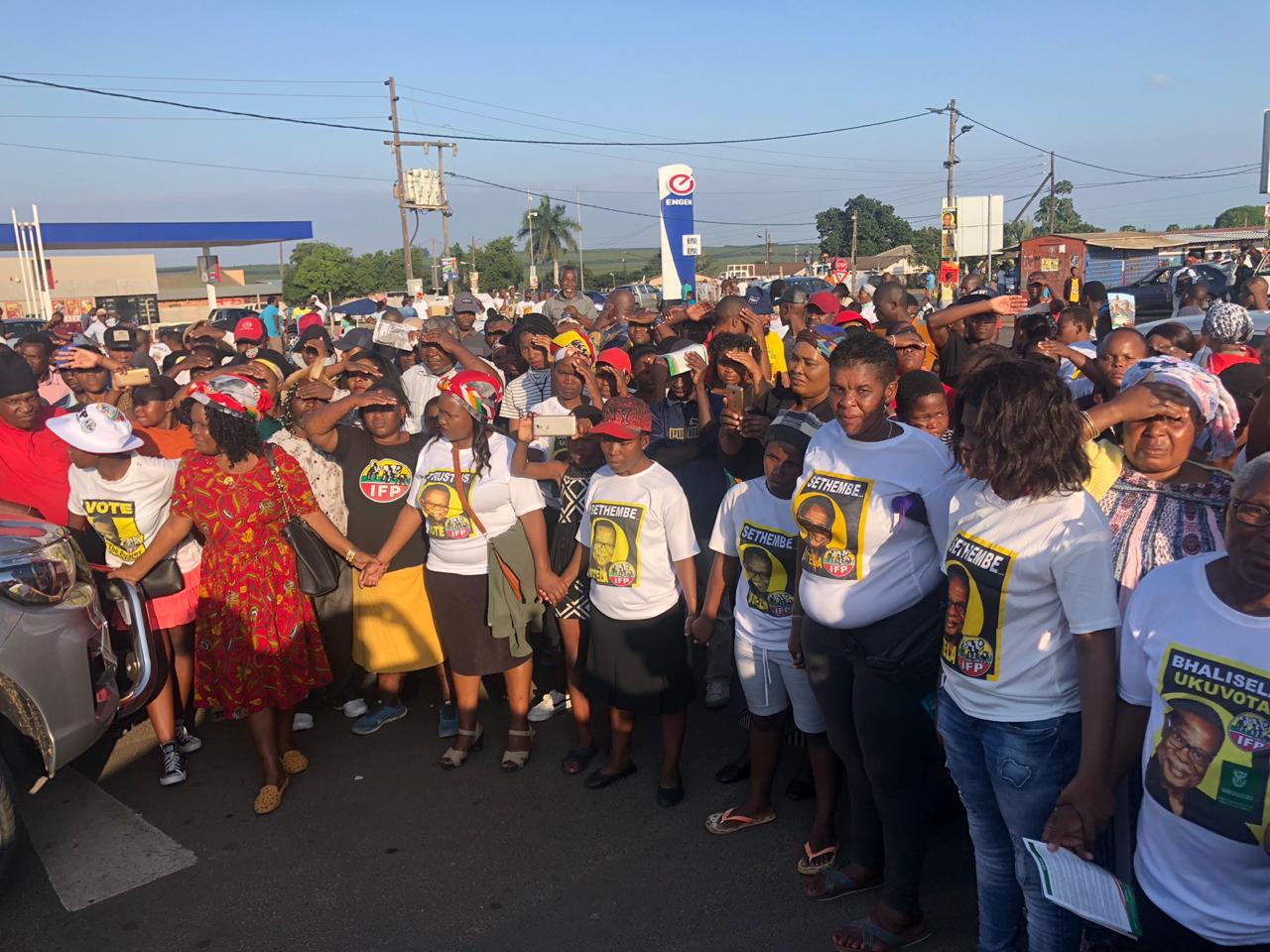 University of Zululand Chapel, Empangeni: 1 May 2019

I am excited to have the chance to speak to the young lions of the IFP as South Africa celebrates Workers’ Day. I want to thank the Honourable Mr Xolani Ngwezi, our Member of Parliament and Constituency Chairperson for uMhlathuze, for organising this meeting. I also thank our Mayor of Nkandla, Councillor Ntuli, for ensuring its success.

I know that when I speak to members of SADESMO, I am speaking to patriots and activists; to people who care about our country. I also know that Workers’ Day has special meaning for all of us, because everyone in this chapel intends to become a worker. It is why you are studying. You want to make your contribution to the economy and to the marketplace of ideas. You want to make your mark in the world.

That is excellent. For 21 years I served as Chancellor here at the University of Zululand, and I was constantly encouraged by the enthusiasm of young graduates. They were raring to start their careers. Sadly, all too often, when I saw them again they would lament that there was no work to be found. Even with a tertiary education, employment is not a certainty.

That is a bitter pill to swallow, but you know it is true. There are thousands of graduates struggling to find work in the present economy. Our labour market is far from open to job seekers, because our economic policies have not achieved the necessary growth, year upon year upon year.

Why is that? It is not because of a global recession. It is the simple mathematics of multiplication. When corruption multiplies, so too does a country’s problems. Tragically, corruption has multiplied in South Africa because the ruling party turned a blind eye to its devastation and allowed senior leaders to get away with theft, lies and treachery. Indeed, they got away with treason, because what else do you call selling the country to the highest bidder?

Now we are living under the shadow of State capture, scandals, looting and theft. But that is not where we belong. South Africa belongs in the sunlight of a strong democracy. We deserve honest leaders. We deserve clean government. We deserve to choose our own destiny.

It is therefore essential that we use the chance that is coming on the 8th of May. Just a week from today, South Africa will hold a national and provincial election. Every voter will get the chance to speak through the ballot box. We will vote corruption out of power. We will vote to bring integrity back into governance. We will vote for a fundamental change.

Throughout history, university campuses have been the seedbed of revolutions. Young people are the greatest activists.

I am proud of the degree of activism I see among South Africa’s youth. You understand what it means to be an influencer, and how information drives market dynamics. You understand that everyone can be a participant and every voice can be heard. That is the nature of the world we live in; a world of advanced technology and social networks.

But somehow when it comes to that most important act of casting your ballot, a large percentage of young South Africans don’t visit their voting station.

The 8th of May is going to be a public holiday. Use it for the biggest campaign of activism ever. Rather than planning to just chill, decide now that you are going to be part of changing our country for good. This election is going to fundamentally impact your future, not just years from now, but tomorrow. It will decide whether those administering governance have your best interests at heart.

I must issue a warning. There are firebrand politicians invading our tertiary institutions and capturing the imagination of young people – but they do not have your best interests at heart. They pretend that everything can be changed overnight, despite there being no budget, no plan and no real understanding of how things work.

When I hear such firebrands saying foolish things, like blaming whites for Cyclone Idai, I shudder to think that intelligent young people will fall for this rhetoric. They say that white ways of agriculture messed with the climate and caused a cyclone. But they say nothing about a majority black government whose use of pesticides and unsustainable practices are destroying top soil at such a rate that agriculture could collapse within 60 years.

When the electorate considers who to support, we need to use our heads as well as our hearts. Let us not be led about on the strings of emotion.

There are some manifestos out there that will never be implemented because they weren’t designed to be implemented. They were just designed to capture your vote. They talk about creating an Eldorado over night, but the socialist policies they offer are unworkable.

I often think of my late Advisor who used to say, “If you’re not a Marixst in your twenties, you have no heart. But if you’re still a Marxist in your thirties, you have no brain.” Russia’s economy collapsed under Marxist policies, like the dictatorship of the proletariat.

Tragically, South Africa’s youth are being fed old socialist policies. By the time they realise that they’ve been led down the garden path, they will have suffered tremendous disappointment, disillusionment and heartache.

I want more for my country. I want something better.

Our youth are angry, and with good reason. But they are also creative and passionate and endlessly innovative. Young people have a crucial contribution to make to the salvation and success of South Africa.

This is why it is deeply worrying that so few young voters turn up on election day. Do you realise that if you don’t vote, someone else is going to choose for you? Do you really want that annoying guy in res, or even your ex, to choose your future? Do you want uninformed activists to decide what’s best for you? Or prison inmates? Or South Africans living in London or Australia?

All these people will get to vote, and their vote will decide your future. Don’t leave it in someone else’s hands. If you want a voice, stand up and use it. Staying away from the polling stations does not send a protest message to Government. It simply says, “That’s okay. You decide.”

I want to see young people flood the polling stations. We need that energy to sustain the work that lies ahead.

On voting day next week, don’t go to the polling station alone. May the 8th should be a day of great celebration. Make it an event worth remembering. Take your family and your neighbours. Take your friends or your church group or your colleagues or someone you meet on the street.

Who knows who you might meet as you queue to vote. Is your future best friend going to be standing in front of you? Or is the guy behind you looking for someone to employ? Maybe your future husband or wife will be there! The best connections can be made when you talk to strangers as you queue to vote. Because if someone is voting, you already know something about them. You know that they care.

Make sure that Wednesday the 8th of May becomes a day you will remember. Because in years to come we will look back at this day and say that is when everything changed.

That is when South Africa left State capture behind us. That is when we left behind corrupt politicians and moaning oppositions, and moved into a new era: the era of the IFP.

There is only one party South Africa can trust. Our track record speaks for itself. If you want honest leaders, clean governance, a growing economy and open doors to the future, there are three things that you must do.