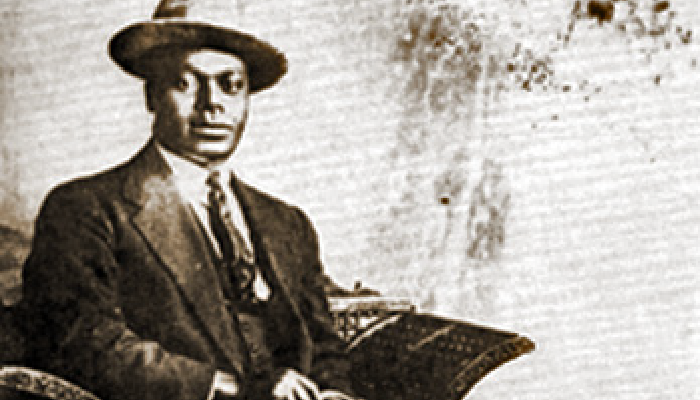 HANDING OVER OF A HOUSE TO

NEPHEW OF THE LATE DR SEME AND

Our guest of honour, Princess Helen Mamama Ziphi, daughter of the late Dr Pixley ka Isaka Seme, the Founder of the 1912 South African National Native Congress; members of the Royal Family present; the Honourable Dr Zweli Mkhize, member of Parliament and Minister of Health; the Honourable Mr Mxolisi Kaunda, the member of the KwaZulu-Natal Legislature and MEC for Public Safety and Transport; the Provincial Secretary of the African National Congress; the Regional Chairperson of Abaqulusi; His Worship Reverend Thulasizwe Buthelezi, Councillor and Mayor of the District of Zululand; His Worship Councillor Wilson Ntshangase, the Mayor of Ulundi Municipality; the Municipal Manager Mr N G Zulu; Indunas and Councillors present; all esteemed guests

It is a privilege to witness this significant moment. I feel that we are honouring not only Princess Mamama Ziphi ka Dr Pixley ka Isaka Seme, but also the legacy she carries as the last remaining child of my uncle, Dr Pixley ka Isaka Seme. I want to thank the African National Congress for doing this, for it is important that we honour the founder of the 1912 South African National Native Congress. It was upon that foundation that our present country was built. How fitting then that this generation should build a house for the daughter of its founding father.

I am here not only as the nephew of Dr Seme, but as someone who was mentored by this giant of Africa. In the twilight of his life I sometimes lived at his homestead of Ekuqhamkeni in Mahashini and spent many hours with him. He dictated his correspondence to me as he had undergone an eye operation, and often we would just sit and talk. Dr Seme stirred in me deep political convictions and an unshakable love of my country.

Following his death, with the ANC banned and its leadership living in exile, Inkatha was honoured to erect a tombstone on Dr Seme’s grave at Croesus Cemetery in Soweto. We took it upon ourselves to do this as a sign of our great respect. Thus on the morning of 15 September 1984, members of the Seme family and members of the Zulu Royal family stood side by side with members of Inkatha, honouring the founder of the ANC.

Inkatha youth silently held fags bearing the identical colours of Inkatha and the ANC over Dr Seme’s grave. As the tombstone was unveiled, I said this –

“I stand here before you today as the nephew of this great son of Africa, and I pay tribute to him both as an ordinary African and as someone who shares the blood which beats so nobly in his veins. Amongst all those who have influenced me in my life, it was Dr Pixley ka Isaka Seme who perhaps affected me most profoundly. Through him I learned a great deal about humanity, and a great deal about true dedication for the upliftment of my people.”

My admiration was matched both then and now by many. I remember so clearly the words of Mr SV Selope-Thema, the editor of The Bantu World newspaper, who wrote an article in The Drum in June 1953. He wrote –

“Pixley ka I. Seme has made a notable contribution to the development of our consciousness and national spirit, both creative and driving forces in our forward march. He has thus left his mark on our unwritten history, and when this history comes to be written by African historians his name will certainly find a place of honour among the great men of our race.”

Mr Selope-Thema was right. Dr Pixley ka Isaka Seme has found a place of honour. This morning, as we hand over a house to his daughter, Princess Mamama Ziphi ka Seme, we remember the great humanity imparted by Dr Seme. By doing this, we are not only honouring his memory, but we are walking in the paths of his mentorship, for he pointed to way to ubuntu botho and our profound responsibility towards each other.

I wish the Honourable Minister and member of the ANC NEC to convey not only the thanks of only the Princess Mamama and the Seme family, but also the thanks of the entire Royal Family, and of all of us for demonstrating how to pay honour where honour is due. Dr Seme was a great son of Africa since he founded the first liberation movement in the entire continent of Africa. Over the years I felt some jealousy when some people described Dr Seme as just “one of the Founders of the ANC” and not giving him his true position as the Founder of the oldest political movement in Africa.