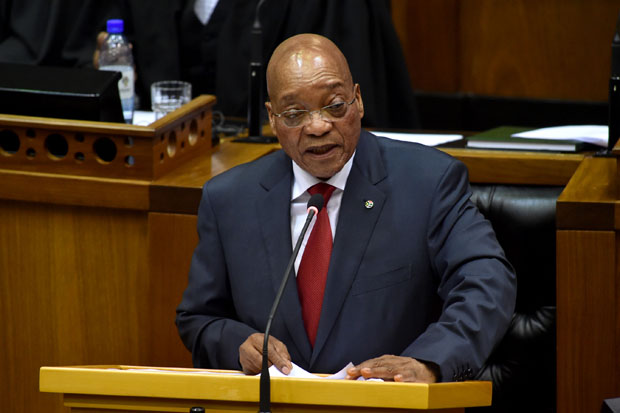 SONA “Smoke Screen” Not Fooling Anyone

The IFP has taken note of President Jacob Zuma’s recent statement that he will be instructing the Auditor General and Finance Minister to determine an amount that is reasonable for him to pay back for the wasteful misappropriation of funds in respect of non-security upgrades at his palatial Nkandla residence.

The IFP however see this as a move as a sign that the president’s legal advisors have at last accepted that the “Chickens have come home to roost”, but also as a poor attempt at a SONA pacification ‘smoke screen’.

“The president we believe should be given his day in court, this is something we have been asking for, there has been contestation over the public protector’s pronouncement of remedial action, and we believe that if nothing else the constitutional court will clear that up once and for all” said Mr Narend Singh, IFP Chief Whip in parliament.

Whilst we were not party to the court action, we certainly do support the action that other parties have taken as clarity is much needed on the matter and it is the right thing to do. Additional taxpayer monies have been wasted on this scandal as parliamentary committees have had to sit for weeks on end as well as perform time-consuming in loco site inspection at the Nkandla home of the president.

Speaking this morning, Mr Singh had the following comment:
“I think it’s about time that the ANC realises that in a court of law it is not their majority that will matter, but rather the fact of the law that will matter, and we will be happy to accept whatever ruling the constitutional court hands down on this matter particularly as regards the remedial action and the powers of the public protector.”

It must also be remembered that it was the IFP during the initial formation of the ad hoc Committee on Nkandla, who put forward the suggestion that the Constitutional court should be approached in order to obtain a declarator on the powers of the Public Protector to prescribe remedial action and the enforceability of same. This was dismissed out of hand by the majority party.