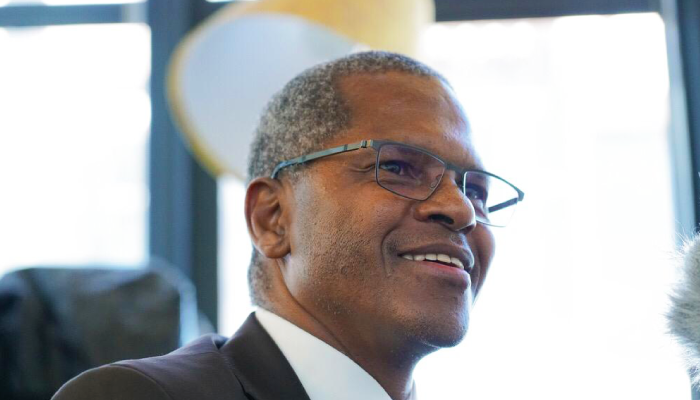 Statement of the IFP National Council

The IFP National Council, the Party’s highest decision-making body in between conferences, met at its inaugural and induction meeting following the successful National General Conference where this current National Council was elected.

The newly elected President Hon Velenkosini Hlabisa MPL addressed the National Council under the theme: From Now To the Future- 2021, 2024 And Beyond.

The National Council committed itself to the implementation of the resolutions of the National General Conference.

Moreover, the Party will fully engage itself in a `national expansion programme to extend the Party’s national footprint throughout the country.

In this regard the Secretary General, Hon Siphosethu Ngcobo MP, announced deployments of NEC and National Council members to all Provinces.

The national expansion programme will be modelled along the lines of the “Village to village, town to town and city to city initiative”.

As part of the ongoing transition process the National Council received sound advice from IFP President Emeritus Prince Mangosuthu Buthelezi MP, who in his remarks said:

“When I founded Inkatha we had a clear advantage, for the men and women who served in leadership were mature and prudent. By “mature” I do not mean old. I mean they had the maturity that marks a leader; the maturity to know what belongs in the Party and what belongs in the public domain. They protected the Party with their wisdom and discretion.
It is that that produced the IFP’s successes over the years.”

The National Council now being fully constituted will establish the prescribed committees of the Party including, but not limited to, the National Disciplinary Committee, National Deployment Committee and Policy Committees.

The Political Oversight Committee (POC) has been charged to assess and ensure the fullest functionality of IFP governed municipalities and Party Caucuses. All municipalities will be expected to report regularly.

The National Council will now be fully focused on the 2021 Local Government Elections to build on the gains of 2016 and 2019.

Key in its deliberations the National Council affirmed the importance of Party unity. IFP President Hon Velenkosini Hlabisa MPL aptly captured that “The IFP will grow and expand its footprint if we work as a collective, united in action and purpose. Individual commitment to a group effort is what makes the team win. We are a chain. Each one of us is the link of the chain. The chain is as strong as its links.”

The National Council will before the end of the year hold a strategic planning workshop for the Party’s internal and external programme of action.

South Africa’s state of affairs, from sluggish economic growth, poverty, escalating unemployment, inequality, crime, abuse of women and children and lack of social cohesion remains of serious concern to the National Council.
Accordingly, the new Policy Committees once constituted, will work on the short term to long term policy proposals to South Africa’s many problems.
However, the IFP 2019 Manifesto (and previous manifestos of the IFP) remain the best solutions and interventions to help South Africa come out of its current problems.

The IFP Women’s Brigade and IFP Youth Brigade both committed to the Party’s continued growth and success.

In this regard, SADESMO will also be the Party’s key priority area.

The National Council commits itself to the IFP Membership and to all South Africans of its selfless work for the betterment of the Country; to excel where we govern through heightened service delivery and to exercise our opposition role constructively for the good of the country where we do not govern. The IFP will occupy the center stage on bread and butter issues affecting our People, at whose behest we serve.