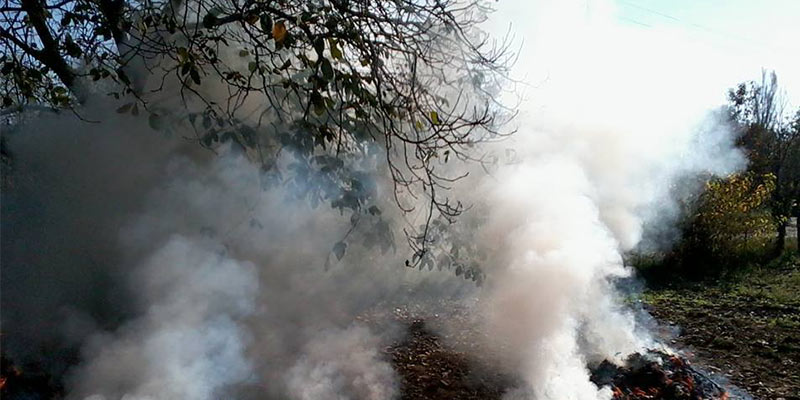 Strange Happenings At Dlebe In KwaZulu-Natal

The people from the Dlebe area of Mahlabathini in KwaZulu-Natal have been experiencing the strange phenomenon of smoke and fires erupting from the cracked earth around their residences.

“I visited the area of Dlebe under Induna Moses Sibisi today and held a meeting with the local people to ascertain what was happening. People said that smoke would suddenly appear from the cracked earth and then flames would spew out until the sand is turned into ash. Once the fire would go out at one spot it would reignite at another spot nearby. They also stated that the soil in the area is cracking and seems as if something is moving under the surface. I found this to be very strange. Indeed while I was speaking to the gathering, they pointed out to me the smoke that was emanating from the ground where I was standing. We could then see flames appearing from the cracks in the ground. I could not believe what was happening before my very eyes,” said IFP Leader in the KZN Legislature, Hon Blessed Gwala MPL.

“The people are so concerned that they have even called the police. They are very concerned about this phenomenon and are appealing for some kind of explanation. I contacted Premier Senzo Mchunu as well as the MEC for Agriculture, Cyril Xaba but neither of them have come back to me. I believe that we will need to have geologists visit the area to witness for themselves what is happening and to conduct tests on the soil in. This must be treated as a matter of urgency as it could endanger peoples’ lives. I was deeply concerned to see the frightened looks on the faces of the residents of Dlebe as this is something that they have never experienced before and cannot explain what is happening”, concluded Hon Gwala.