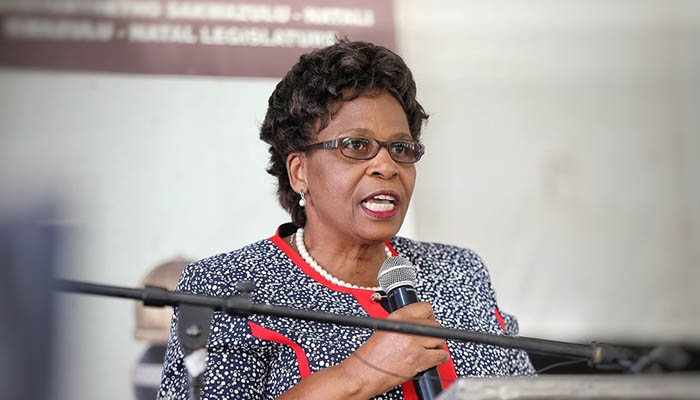 Suspension of Officials at KZN Department of Social Development

The Inkatha Freedom Party notes the statement by the KZN MEC for Social Development, Nonhlanhla Khoza, regarding the suspension of some officials who have been implicated in the controversial R22 million procurement of blankets and personal protection equipment, amounting to millions of rands.

We acknowledge the speedy investigation conducted by the Provincial Treasury and the Report that was thereafter released by the Premier. The findings of that Report are extremely damaging to the image of the Department of Social Development, which is mandated to care for the most vulnerable in our province. The Report also rubbishes the commitment to clean governance because what we see is that the people of the province are being robbed by officials, while the political head of the Department remained blissfully unaware of what was happening right under her nose.

It is unacceptable that in her statement the MEC says that what happened “points to the high recklessness by officials” when in fact it is the blatant and organised theft of public funds. At a time when we are facing the challenge of dealing with the devastating impact of the Covid-19 pandemic, we find that senior officials in this Department collude with some members in the private sector to loot the public purse and enrich themselves. Whilst the Premier mentioned that the CFO is one of the officials that is implicated, we find it strange that the statement by the MEC does not mention the suspension of the CFO.

The MEC must understand that as the political head she is ultimately responsible for what happens in the Department. Therefore we find it totally unacceptable that procurement involving such huge sums of money will be approved without the MEC being aware of it, especially when it has come to light that an official from her own office has been implicated.

Whilst we note that certain officials have been suspended, we need to know the timeframes that have been set to finalise the process and see it to its logical conclusion. We would like to see that those who are implicated and found to be involved in any wrongdoing are charged and face the full might of the law. We don’t want to see corrupt officials being transferred to other departments or resigning only to resurface in other arms of government, as it usually happens. This Report and investigation will only find traction in the public domain if we see people who are guilty being sent to jail.

As the IFP we will be closely monitoring progress to ensure that justice prevails and those responsible are brought to book, as that will send a clear message to others who might have thoughts of stealing from the poorest citizens of our province.

In this regard we call for lifestyle audits to be conducted on all officials in this Department, as this will serve to identify those who are living beyond their means at the expense of the people of KZN.

Those companies that are implicated in corrupt dealings with this Department must be blacklisted and not be allowed to conduct business with any government department.