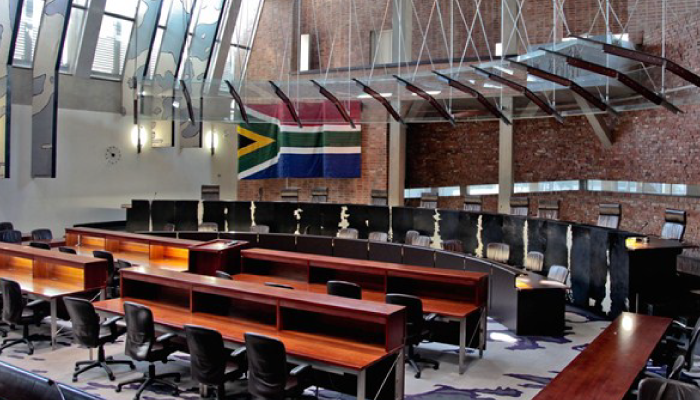 The De Klerk saga is an opportunity for healing

In my long journey in politics, I have seen our country’s history written and rewritten many times.

Twenty-six years into democracy, it would be easy to view the past as a simple dichotomy of right versus wrong, good versus evil and black versus white. In this narrative, certain protagonists become symbols of either side. Just as Madiba became the symbol of our righteous struggle, there are efforts now to make former President FW de Klerk the symbol of an evil regime.

But our past is far more complex and it is both wrong and dangerous to reduce the truth of history to the equivalent of a soundbite. The truth is that former President FW de Klerk made a major contribution to the dismantling of apartheid. The tragedy is that he demolished that entire contribution by denying that apartheid was a crime against humanity.

His denial opened a wound that remains in the heart of millions of South Africans. Yet when he was challenged on it, he did not apologise. Instead, he dug in his heels and presented a statement through the de Klerk Foundation dismissing the legitimacy of the United Nations’ Convention which classified apartheid as a crime against humanity.

In the midst of a public outcry, this statement was then retracted. South Africans are now debating whether his apology was sufficient or genuine, and whether or not it should be accepted.

There are two approaches to this debate. The first is to flagellate Mr de Klerk, making him the target of all our simmering hurt and anger. The second is to look at the hurt and anger itself, to ask why this wound is still there, and to find a way to heal it.

We have a chance at this juncture to heal our nation and to create genuine reconciliation. It will not come by making effigies to burn in the public square. It will come by confronting the truth in all its complexity.

Last Thursday night, when Mr Malema accused the former President of having blood on his hands, he lamented that the victims of Boipatong are still in their graves. The de Klerk Foundation reacted by laying the blame for Boipatong at the door of the IFP, as though Boipatong had been deliberately planned and orchestrated as a political act.

Boipatong cannot be turned into a political football, when the pain of that terrible moment in our history still lives.

The Boipatong Massacre was a terrible tragedy. It was committed by men who had fled to KwaMadala Hostel to escape ANC attacks on their homes and families, for they were perceived to be Inkatha supporters.

In the brutal people’s war that raged at that time, black-on-black violence claimed tens of thousands of lives. There was violence, counter-violence and even pre-emptive violence.

While Inkatha never had a military wing, and while we rejected violence as a political tool, simple jurisprudence allows a man to protect himself when he is attacked. So as much as I called for peace and no retaliation, it was like trying to push back a tide.

Nevertheless, I had to try and keep trying, without giving up.

At KwaMadala Hostel, the constant fear, grief and anger, engendered by endless attacks, inevitably boiled over and the hostel dwellers reacted in a violent rampage. It was spontaneous violence born out of anger, fear and continual victimisation. People had reached a tipping point, having endured too much.

But none of this justifies what happened. We were devastated by Boipatong. We mourned and called again for peace. And in the years that followed, I apologised again and again as the leader of the IFP, despite knowing that the attack had never been orchestrated by my Party.

The past is, as I said, far more complex than the simple narrative which casts individuals into the mold of good and evil. That is not to say that all things can be justified. Instead, it urges us to look deeper and to move the debate beyond the allocation of blame, toward that greater purpose of healing.

This is the opportunity before us in the wake of the de Klerk saga. Will we engage with one another as human beings and walk towards reconciliation, or will we be content to rage against our pain?