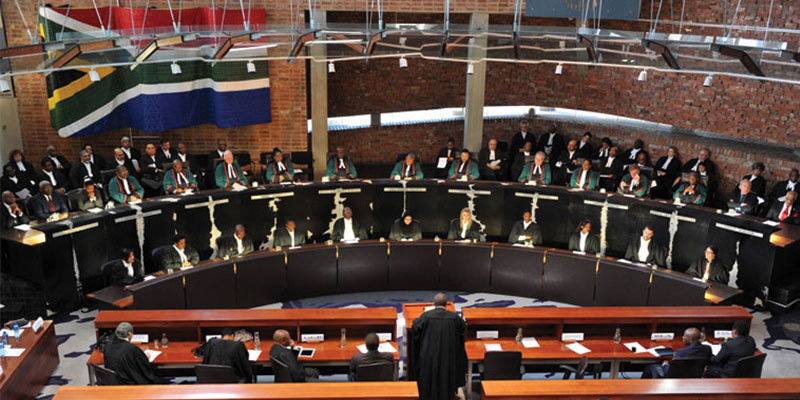 The unanimous judgment handed down today by the Constitutional Court has ended an inordinately costly two year process of back and forth in which the ruling party sought to use its parliamentary majority to protect the patently unlawful actions of its President. In light of this judgment and the statement of the Constitutional Court that the President has acted illegally, the only rational response from the ANC would be to ask the President of South Africa to step down.

Reacting to the judgment, the Chief Whip of the Inkatha Freedom Party, the Hon. Mr Narend Singh MP, said, “The Chief Justice has given us cause for hope this morning. The judgment of the Constitutional Court is more far-reaching than many of the experts thought it would be, and for that we are grateful.”

“In the very first meeting of the parliamentary ad hoc Committee on Security Upgrades at Nkandla – in 2014 – I stood on behalf of the IFP and asked the Committee to apply for a declaratory order from the Constitutional Court to pronounce on ‘the binding nature of remedial action recommended by the Public Protector’. But the predominantly ANC Committee refused.”

Seeking a declaratory order is not an unusual step. This is currently being done by the Electoral Commission on the question of determining voters’ residential addresses. The failure to seek such an order from the Constitutional Court led to the inordinate delay in finalising this damaging matter, and has taken a toll on our citizens’ respect for the President, Parliament and elected public representatives.

Said Mr Singh, “From the start I warned the ANC that they could use their parliamentary majority to subvert the process and protect the President, unlawfully absolving him from having to comply with the Public Protector’s Report; but in the end it would not work.”

“Their failure to heed the IFP’s advice has led to the Constitutional Court’s judgment that it is not only the President who acted inconsistently with the Constitution, but Parliament as well. We have all been tainted by their bull-headedness. As the Court confirmed today, the judiciary should have been approached.”

The IFP commends the Constitutional Court on ensuring that constitutional democracy prevails. The IFP always indicated that we would participate in parliamentary processes ‘without prejudice’, and our underlying call was that the President must respect and comply with the Report of the Public Protector.

In dealing with the report tabled by the Minister of Police before an ad hoc parliamentary committee, the IFP always questioned the impartiality of the Minister’s report. As Mr Singh consistently said, “He who pays the piper calls the tune.” However the Minister vehemently denied that this was the case. “Now the chickens have come home to roost,” said Mr Singh.

We note that the Court has given National Treasury 60 days in which to determine a the cost to be paid personally by the President for the construction of the visitors’ centre, chicken run, cattle kraal, swimming pool and amphitheatre at his Nkandla residence. Once the Court approves the determination of National Treasury, the President has 45 days in which to pay. He is also ordered to reprimand the ministers involved, as instructed by the Public Protector.

The President failed to respect the Constitution. He was duty-bound to comply with the binding remedial action recommended by the Public Protector’s Report, but consistently failed to do so. The Court has confirmed that his conduct was illegal.

Damage has been done to our country’s reputation and to the integrity of the President. It will only be corrected once the President pays what is due to the fiscus. That however cannot be the end. He should then do the honourable thing and resign, failing which his own Party must recall him.