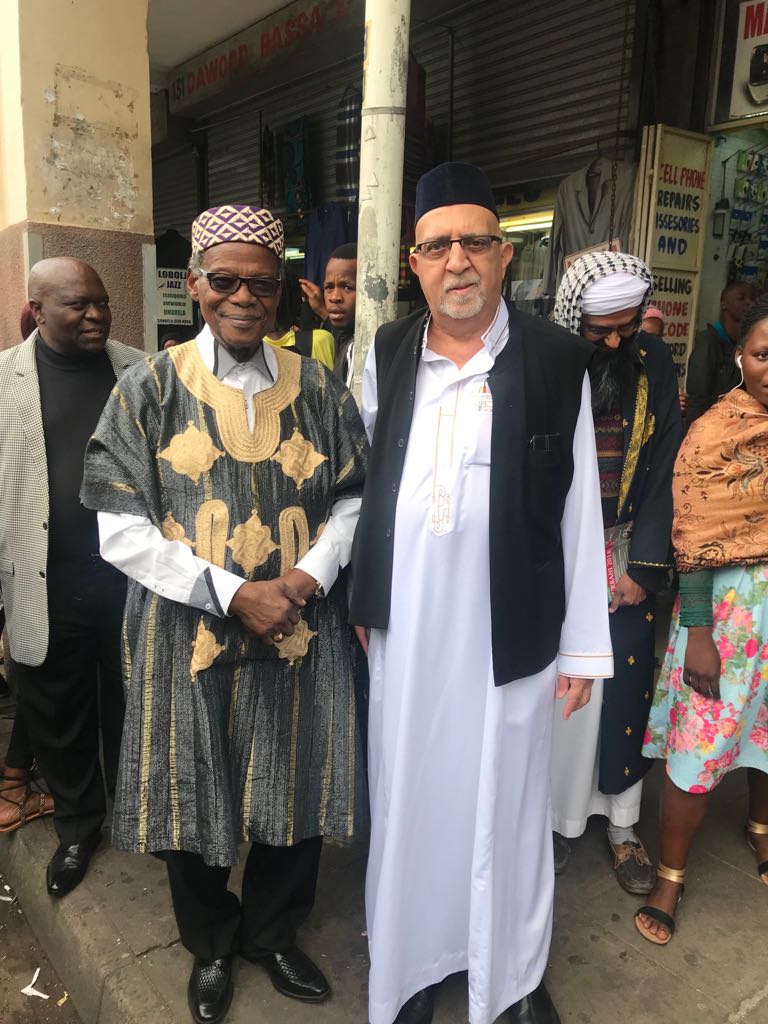 I am honoured to join you for prayers this afternoon and feel humbled by your warm welcome. I must thank Mr AV Mohammed for extending an invitation to me, so that we might have the opportunity to speak to one another about important issues for this community and for our country. It is fitting that we have this conversation at the Grey Street Juma Masjid, for this Mosque is a vital cornerstone of the Muslim community.

Indeed, the Grey Street Mosque is a landmark of Durban. It has stood for more than a century and has witnessed remarkable changes in both the physical and political landscape. I remember passing the Mosque many times when I lived in Durban as a young graduate, for a frequently visited Inkosi Albert Luthuli, whose offices were at Lakhani Chambers in Grey Street. Because it has remained for so many years, while much around it has changed, this Mosque has become a symbol of stability and continuity.

This is of course not my first visit to this Mosque.  I remember visiting here and being entertained by the late Mr Deedat, and being blessed with a copy of the Holy Koran.  I further remember other occasions when I visited this Mosque such as on the sad occasions of the passing away of my dear friends Mr Rajab and Professor Fatima Meer.

I am pleased to have this chance to speak to you in the month of Dhul Hijja, for this is a significant time. As was said by the Prophet Muhammad (Peace Be Upon Him):  “There are no days in which good deeds are more beloved to Allah than during these days.” It is through good deeds that we show compassion for our fellow man. In African terms, we express ubuntu botho through our acts of service. This is pleasing to Allah and beneficial to our own wellbeing, because acts of service refresh our spirit and remind us to look outwards.

It is so easy to become inward focussed as we face the myriad challenges of life in South Africa. Our country is ailing and there is great hardship wherever we look. Our economy has become all but stagnant, with the consequence of high unemployment, rising prices and an uphill road for businesses. All this has a huge effect on families, not only because bills can’t be paid, but because stress is taking its toll on relationships.

The most vulnerable in our society, our mothers, grandmothers and daughters, face the added stress of raising families in a hostile environment. It is a sad indictment on our country that our women are in greater danger living here, than almost anywhere else in the world. Violence against women, and women abuse, is prevalent in every community. It is something we need to be aware of, and consciously campaign against. In this month of Dhul Hijja, it is right for us to show greater compassion for the victims of violence and abuse, and to protect the most vulnerable.

My Party, the IFP, constantly campaigns for greater social cohesion, because we believe that strong communities are the best defence against social injustice. Where there is unity, there is a sense of shared responsibility, so that no one is left vulnerable without being cared for. I admire this characteristic of the Muslim community. Solidarity is in fact one of the three cornerstones of the IFP. We believe in solidarity, freedom and unity in diversity.

We also believe in respect for the rule of law. This is why you never hear fiery rhetoric from the IFP, like calls for land grabs and the stirring of division. Ours is the voice of reason, calling for discipline, integrity and shared responsibility. We know that in South Africa, we are either all going to swim together, or we are all going to drown together. We need to embrace our diversity and realise that equality extends to every aspect of life.

It is because I believe in the dignity of all human beings that I cannot condone violence for any reason. I have stood against violence all my life, even rejecting it as a tool of political liberation. When the ANC engaged an armed struggle during apartheid, the IFP refused to take up arms. We paid a high price, as I and the IFP were vilified, even being portrayed as collaborators. But we could not be the conduit of bloodshed and loss of life.

To this day I campaign for non-violence, everywhere. This has been the hallmark of my support for an end to conflict, here and in the Middle East. I was humbled to receive a letter recently from His Excellency Ambassador Dajani, thanking me for my support for justice and peace for Palestine.

I have never been afraid of taking a difficult stand, because it was the right thing to do. Three years ago, when senior parliamentary leaders were invited to visit Israel, I insisted that we also visit Ramallah and meet with Members of the Mukataa. I was criticised for visiting Israel, but I believe there was far greater value in enabling engagement with both sides, than there would have been in avoiding interaction.

That is the way I have lived my life. To me, there is no more powerful political tool than negotiation, negotiation, negotiation. It is when talking ends that violence begins. In this same spirit, I have tried to keep our citizens talking, so that together we can address the many challenges we face. There is a vibrant national dialogue in which we should all participate. But we need to be aware of our voice and the impact it has on cohesion or disunity.

When the IFP speaks, we speak with the voice of bridge-builders. We seek to mend relationships, heal communities and restore unity. We seek reconciliation and peace. I think this is something that should resonate with the Muslim community. I hope that we might find more similarities than we thought, because the IFP would like to work more closely with this community.

We already have a good relationship, built on trust. I am grateful for the many Muslim men and women who serve in the IFP. Their leadership and generosity of spirit is remarkable, and I am proud to serve alongside them. But I feel there is room for a deeper interaction with the Muslim community. It is time to grow our relationship so that we can work together for the good of South Africa.

There are many political options, but not all of them are right for the country we want to achieve. The IFP is uniquely equipped for this present moment. I fear the direction other parties are taking.

But let me end my remarks here, for I do not want to become embroiled in a political debate. We are here simply as friends who share a love of country and a concern for the future. Let us meet on that foundation, and build from there.

I greet you at this auspicious time, just days before Eid-ul Adha. As we remember the obedience of Ibrahim, who was willing to sacrifice his son at the command of Allah, let us think on the sacrifices we ourselves must be willing to make. If we are to take South Africa in the right direction, we will need to sacrifice self-interest and the mentality of us and them. There is only us. We are the people of South Africa. This journey is ours.