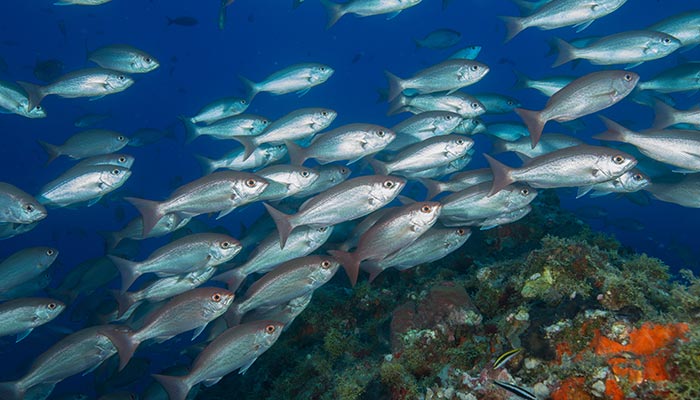 Never has it been so imperative that we take drastic action as a country, as a region, as a continent and as one humanity to mitigate the ever-encroaching disastrous effects of climate change.

Terms such as “deforestation”, “global warming”, “carbon capture and corridors”, “plastics pollution”, “the green economy” and “sustainable development” must become the norm, rather than the exception, and inhabit the forefront of our minds as we govern and holistically enact laws and regulations for the benefit of our present and future generations.

Chairperson, we recently witnessed the devastation and tragedy caused by an extreme weather event, which has been directly attributed by scientists as a consequence and effect of climate change. The flooding in the Province of KwaZulu-Natal horrifically took more than 448 lives and laid waste to public infrastructure, businesses and residences, the estimated cost of which is over R17 billion. Such devastation will take years to recover from and is compounded by the fact that we remain in the midst of the current Covid-19 global health crisis! This is sadly contrasted with extreme water shortages in other parts of the province and country. For example, the residents in Bergville – situated along the mighty Tugela River – have no water in their taps, as the limited resource is being directed to Johannesburg.

We are in a crisis! Climate change is real and we are beginning to see the inconvenient truth that a hotter planet is a more extreme one and that if left unchecked, an unlivable one. According to the World Meteorological Organisation, the year 2020 was one of the three warmest years recorded globally!

Chairperson, a people-centric approach, together with the requisite enabling legislation and regulation, is central to this success. It is imperative therefore that the long-due Climate Change Bill, which is currently before the Portfolio Committee, be urgently passed. This Bill cannot linger in Parliament. Additionally, it is crucial that all stakeholders be consulted and that the Bill reflects strong enforcement measures. Above all, we need to ensure strong consequence management of these legislative tools. We cannot continue to draft and publish policies and legislation but fail to properly enforce these measures. The IFP has repeatedly called for the establishment of specialist ‘Green’ courts to deal with environmental crime, as this remains the only feasible solution to dealing effectively with criminals and syndicates that target environmental resources.

COP 26 focussed on climate change and deforestation and good work was done [Glasgow Climate Pact], but this momentum must be continued now, more than ever, despite the hardships and ongoing challenges we are having because of the impact of Covid-19. Public and private partnerships will be essential to find sustainable solutions together as a nation.

Initiatives such as the “One Billion Trees for Africa”, which is a local community ecosystems restoration action that seeks to grow indigenous trees and develop a non-timber-based products value-chain using integrated agroforestry practices, is an example of what should be happening at community and local government level, assisted by business, as well as provincial and national government.

Chairperson, it remains imperative that we place ourselves upon a net-zero emissions trajectory and commence establishing sustainable and renewable ‘green’ power sector initiatives that will not only ensure power generation capacity to the ever-increasing demand for supply, but also reach our ‘off grid’ rural communities.

Development and climate change ambitions must not be seen as a zero sum game, where we can have only one or the other, but rather, seen as the two necessary pillars of a sustainable and renewable future for South Africa.

Innovation and technology can play a great role in assisting us to reach these goals and must be embraced by the Department as it grapples with the climate challenges we face not only today, but also tomorrow.

Chairperson lastly, I mention the Paris Agreement, which highlighted the importance of carbon pricing corridors as key mechanisms to reduce greenhouse gas emissions to establish a low carbon economy. In essence, this entails making something more expensive so that we will use less of it – however, the impact of shifting to a low-carbon economy will likely require a significant restructuring of our socio-economic arena, and care must be taken to ensure that such transition has both public support and will be socially just.

The IFP supports the Budget Vote.