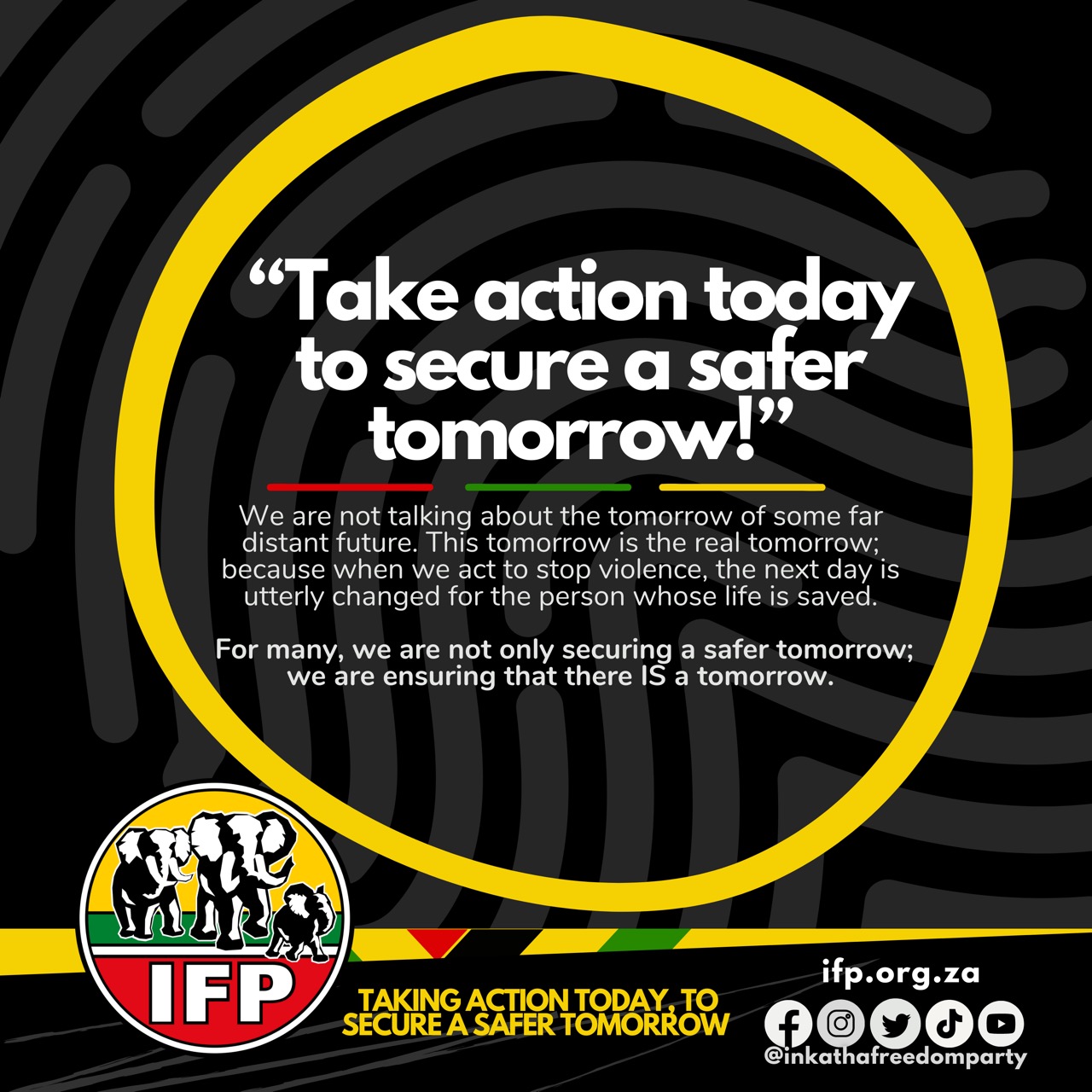 The latest release of Crime Statistics for the second quarter of 2021, as announced by Police Minister, Bheki Cele, is an admission of failure. The statistics clearly indicate that the SAPS is unable to fight crime in our country.

A total of 6 163 people were killed in just three months. These aren’t just ‘simply people’, these are brothers, sisters, daughters, and family members. They have been brutally murdered and many now suffer the loss of breadwinners in their respective families. The IFP offers our sincere condolences to all who mourn this tragic loss of life.

This afternoon’s briefing by the Minister and the National Police leadership is shameful, despite the small gains made in combatting crime in identified hotspots.

Contact crimes like murder, rape and attempted murder all increased, while the number of rape cases (cases that actually get reported to SAPS) stands at a shocking 9 556.

A police service that cannot keep citizens safe cannot be called a ‘service’. Rather, it is a disservice to our people, especially those who are living on the margins and who face crime every day.

We cannot and will not allow crime, criminals, and criminal elements to run amok in our country, which has both a justice system and a Constitution. Crime does not run our country. We must therefore stand together to assist in solving the myriad of issues faced by SAPS.

A young woman who cannot leave her home to make ends meet for her family because the conditions are not safe enough for her to walk outside, is not indicative of a society that we can be proud of.

The IFP has long held the view that we need respectable, honourable, and senior leadership within SAPS that are people of integrity. We cannot expect constables, sergeants, and other lower ranking officers to serve our country well, when leadership and management are unstable.

The IFP will continue to hold the SAPS accountable through the Portfolio Committee on Police in Parliament, and by submitting questions through Parliament to the Minister. The SAPS must act against crime today, for us to secure a safe tomorrow for all.